The Milking Shorthorn breed is currently experiencing increased interest in the province of Quebec, and one of those Quebecois cows has just set a new breed record for single lactation protein production!

Abrielle is owned by Ferme Britannia S.E.N.C. of St-Valerien-de-Milton, Quebec.  She was purchased in 2016 as a two year old heifer in the herd dispersal of the Serol herd of Roxton Falls, Quebec.  Ferme Britannia is owned and operated by Dominique Petit & Linda Provost and their son Yan-Éric Petit and his wife Marie-Eve Maher.  Abrielle is the first Milking Shorthorn to be added to their mixed herd primarily composed of award-winning Canadienne cattle.

Yan-Éric remarks that Abrielle has fit in very well in their herd.  “She is a moderate size, has been very productive with high components, and bred back easily in third lactation despite milking so heavily.  She is now milking again in fourth lactation.”

Abrielle is sired by the American bull Sunshine Moneys Dutch.  Her Very Good 86 point dam by Blissful Diamond Sam was also a high component producer for Serge Girard and Carole Beauregard of Ferme Serol.  The maternal grand-dam, Quality Ina VG-87, was also a consistent producer and was Honourable Mention Grand Champion at the National Show in 2008.

Congratulations to Ferme Britannia on their success with Abrielle.  A tremendous example of the production potential of modern Canadian Milking Shorthorns! 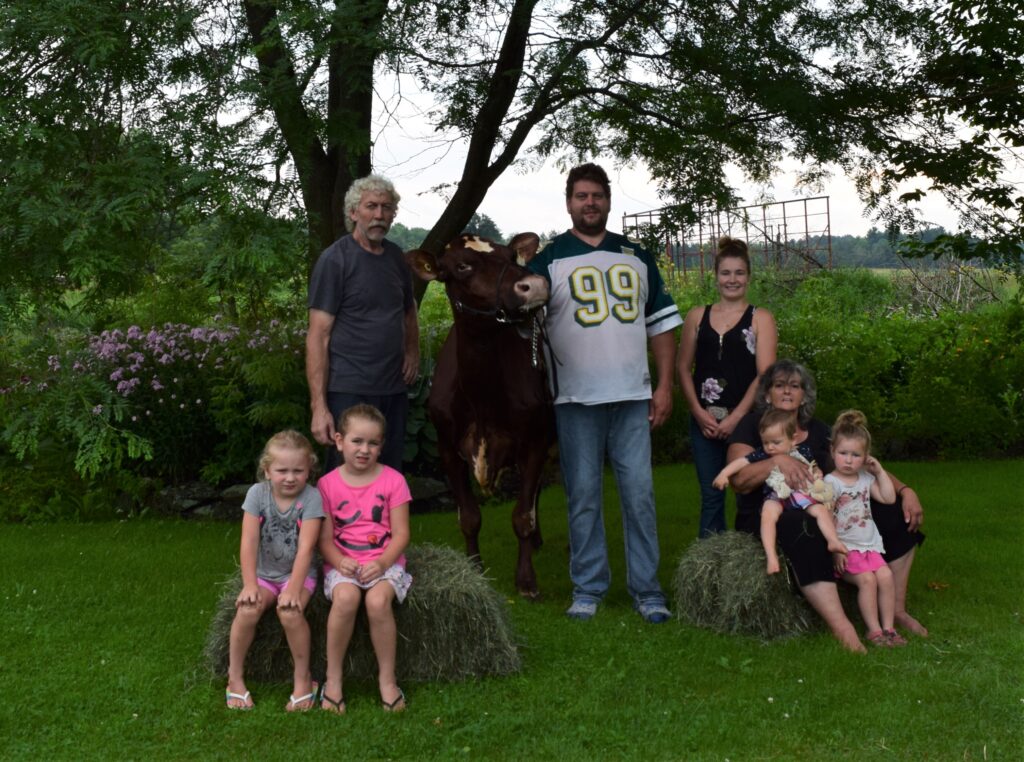